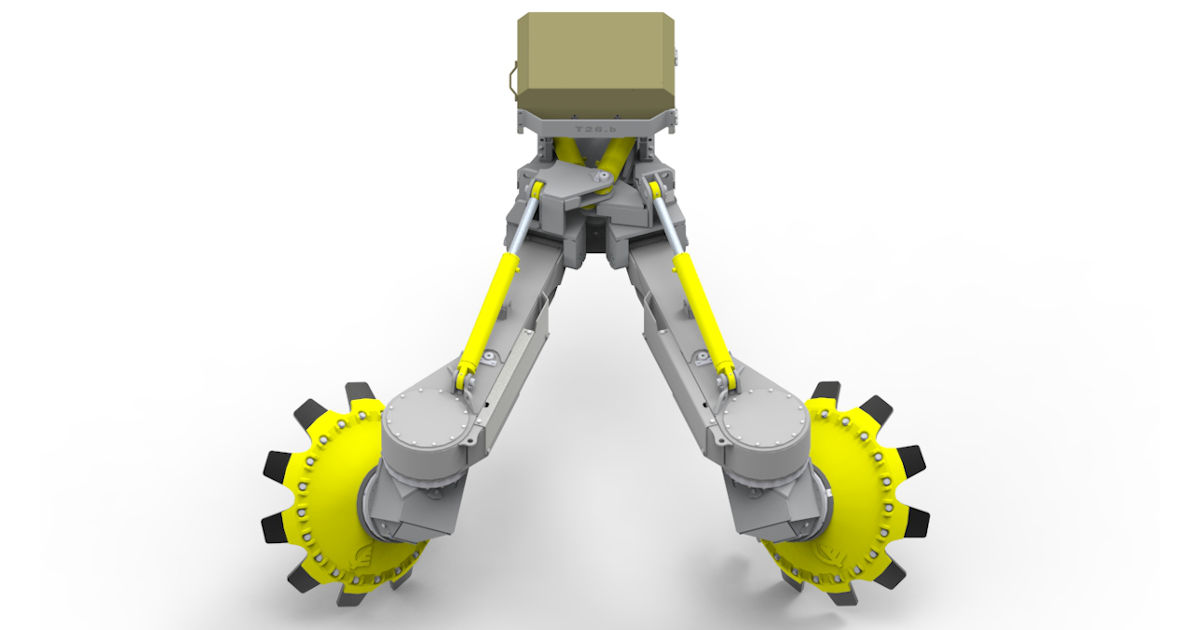 The Bracke T26.b is our most powerful disc trencher, able to handle the most troublesome terrain littered with stones and slash. The T26.b attaches to a large base machine. Scarification with the T26.b gives plants and seeds the best possible start for growth and survival, whatever the terrain.

Design
The Bracke T26.b is designed to enable it to closely follow uneven terrain. The machine’s hydraulics allow sideways arm movements and the disc to turn about its vertical axis if overloaded. The hydraulics are load-sensing and are connected to the prime mover.

Scarification
The operator controls the Bracke T26.b from the cab. Depending on changes in the site conditions, one of the eight preset programs are chosen. The control system gives the operator variation possibilities to set arms and discs on different widths and angles. It is also possible to vary ground and lifting pressure or operate with a float mode. The Bracke T26.b can be set to work continuously or intermittently.