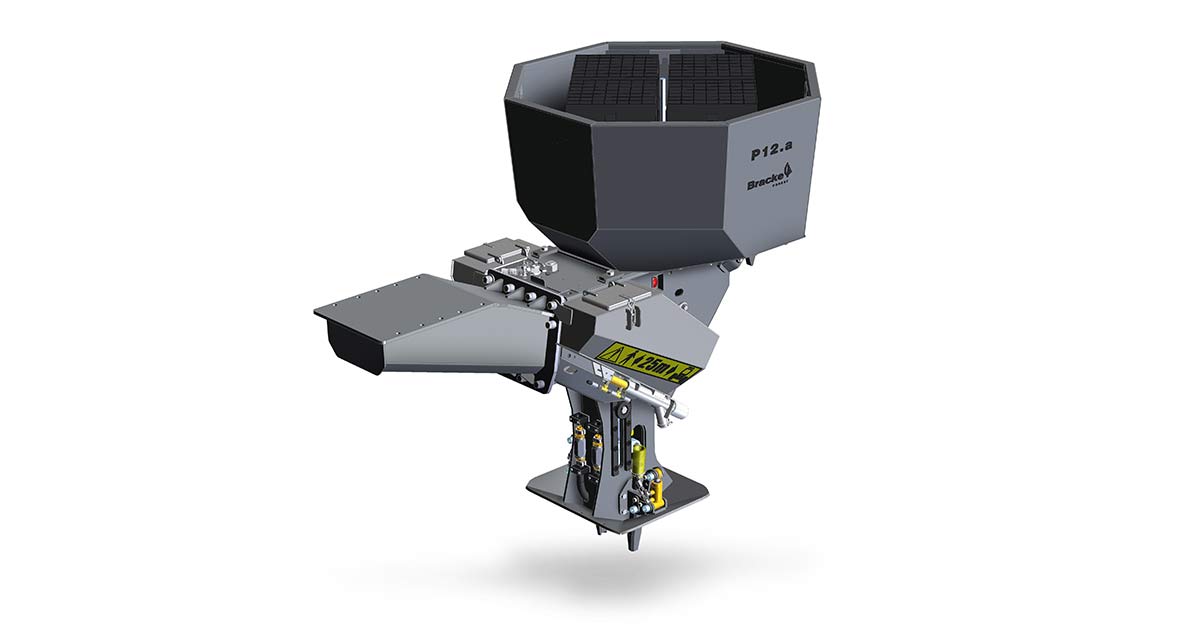 Details
May 16 2017
Published in
Products

The Bracke P11 planter has been in production since the early 1990s. The basic principle - to elevate and plant on inverted humus - has always remained the same. However, the new Bracke P12 is designed for planting in dry, warm conditions which require a slightly different approach.

The inverted humus principle has been a Bracke Forest hallmark throughout its journey with the mechanisation of forest planting and regeneration. Whether using a mounder, such as Bracke's first scarifier or disc-trencher, a later idea, the principle has always been that the plant should be placed in the exposed mineral soil on top of the inverted humus with the plant roots reaching down in the humus layer.

However, no rule is without its exceptions. When foresters in Brazil came across mechanised planting, and the Bracke P11, they challenged the principle. On Brazilian eucalyptus plantations, you would definitely not plant a seedling on top of a mound. Instead it is the opposite, the seedling is planted in the indentation instead, so that water runs towards the seedling rather than away from it. Hence the Bracke P12 was born.

Just as with the P11, you can scarify with the P12. A sub-soiler can be mounted on the unit with which a lower planting point can be made. Loosening the earth in advance with a so-called ripper is a more efficient approach.

New high capacity plant magazine increases productivity
During the process of developing the P12, a new plant magazine was also developed with a higher seedling capacity. Instead of the 62, 72 or 88 seedlings that the old magazine could be loaded with, the new one can take up to 196 seedlings enabling a significant increase in production. The Bracke P11 can also be fitted with the new magazine.

Irrigation and fertilisation
The P12 has been especially developed for planting in conditions with long dry periods. With that in mind, the P12 has, as options, built in irrigation and fertiliser systems to ensure that the seedling gets off to the best possible start as it is planted. These two newly developed functions can also be fitted as an extra option on the P11.

Launches at Elmia Wood 2017
During the fair, at our stand (no. 802) you can see the Bracke P12, with the new plant magazine. It will be a premiere not only for the Bracke P12 and the new magazine, but also for a new mounder, the Bracke M24 and a new disc-trencher, the Bracke T28, which is also equipped with a new type of disc.

To find out more, contact Bracke Forest AB, Klas-Håkan Ljungberg This email address is being protected from spambots. You need JavaScript enabled to view it.