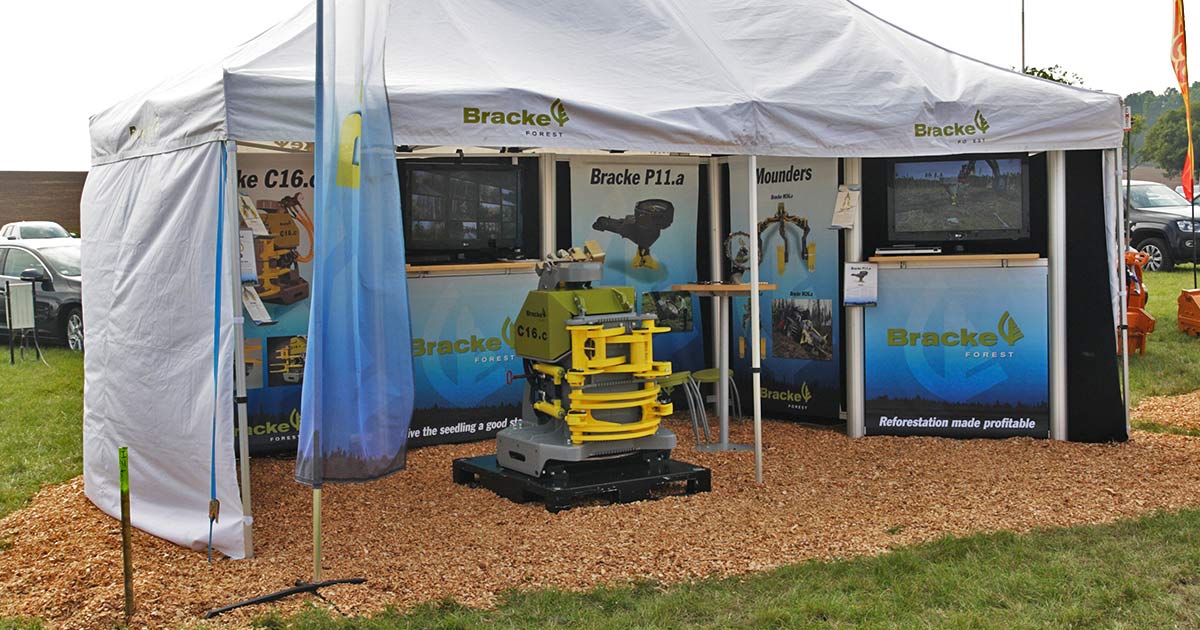 It´s like the stretch of a race. We almost lost track of how many fairs we´ve been at this year.

But now we are getting closer to the end of “a fairly intense fair year” and one of the last, and maybe the best, stops was at APF in the UK.
The APF Show wasn´t the only fair Bracke Forest attended in September 2014. At the beginning of the month, the Bracke C16 felling head was shown at the Polish fair Eko-Las where it gained lots of interest. At the APF, Bracke had its own stand.
“Trade fairs are good meeting points to see how the forestry business is going,” says Per Jonsson, Export manager for Europe at Bracke Forest. “It seems that the bioenergy business in Europe is slowly waking up after some years of slumber.”
This was quite obvious at the APF, as the C16.c biomass felling head on display was sold during the fair. But there was also a lot of interest for the Bracke P11 planter, which was shown on dvd-screens at the stand.
“We hope that this positive trend continues,” says Per.
Thank you to everyone who visited our stand during the APF show!