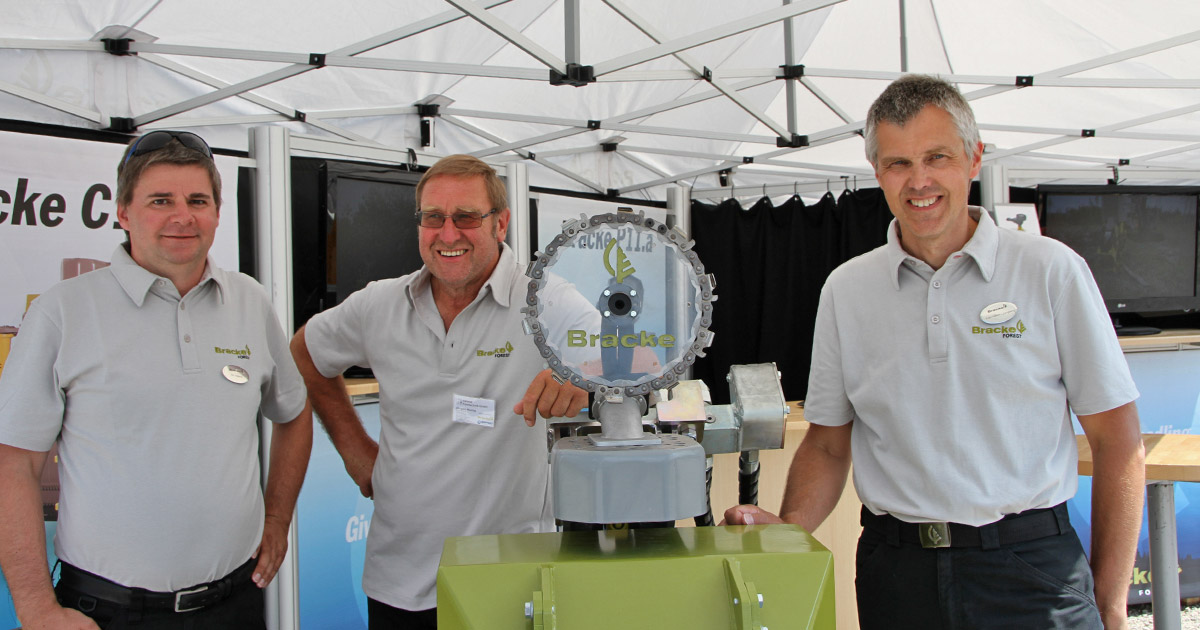 Thank you to all those who visited our stand at the Interforst trade fair in Munich during the 16th - 20th July.

For five full days we did nothing but drink water and do business with both new and old customers.
It seems that Interforst and Munich always will be remembered by forestry people as being sunny and warm. This year’s edition of the fair was no exception. The temperature in Bracke’s stand was up to +37°C - in the shade. In spite of this, visitors came from all over Germany and also from many other countries.
“We had a good fair,” says Klas-Håkan Ljungberg, MD at Bracke Forest AB. “We have met several of our old customers, but also many new contacts both from Germany and other countries, such as Great Britain, Italy, Japan, Korea, Romania, Russia and the Czech Republic.”
Interforst 2014 was visited by 50 000 people from 72 countries.
Once again, thank you for visiting our stand. Now we will recharge for the next international event, FinnMetko in Finland, which will run from 28th – 30th August. From 18th – 20th September, we will be at the APF show.