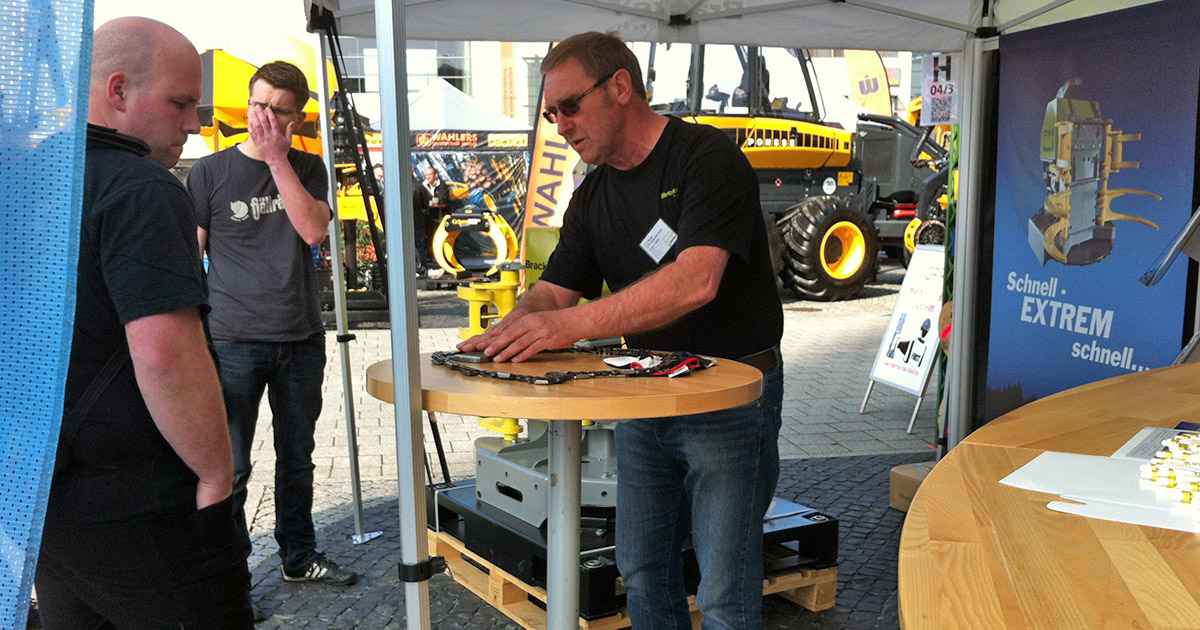 During 2014 Bracke Forest will participate in no less than 13 trade fairs and 2 road shows. This makes 2014 the most trade fair-intensive year ever in the history of the company.

The first display will be at the forestry fair in Chabarovsk, Russia on the 17th – 18th April. After that it keeps rolling until November.
For a medium sized company like Bracke Forest, interacting directly with existing and potentially new customers at trade fairs is very important. 2014 will be a year when there will be many opportunities to do this because of the high number of fairs scheduled for this year. There are some new trade shows, not least in Sweden, to be seen at. However, export is just as important and, as the company is putting more effort into export, participation at overseas events also contributes to the situation.
“In Sweden alone we will participate in 5 trade fairs,” says Klas-Håkan Ljungberg, MD at Bracke Forest. “We will also have our own stands at fairs in the United Kingdom and Germany. In Russia, Estonia, Finland, France and Brazil we will be showcased together with our local representatives.”
As if this wasn´t enough, Bracke Forest, together with Bruks AB, are going on a roadshow in Sweden for two weeks in May. More information about this roadshow will be published soon.
You will find all the fairs and events in which Bracke Forest will be participating in 2014 on www.brackeforest.com, in our “Events” section.
See you around!