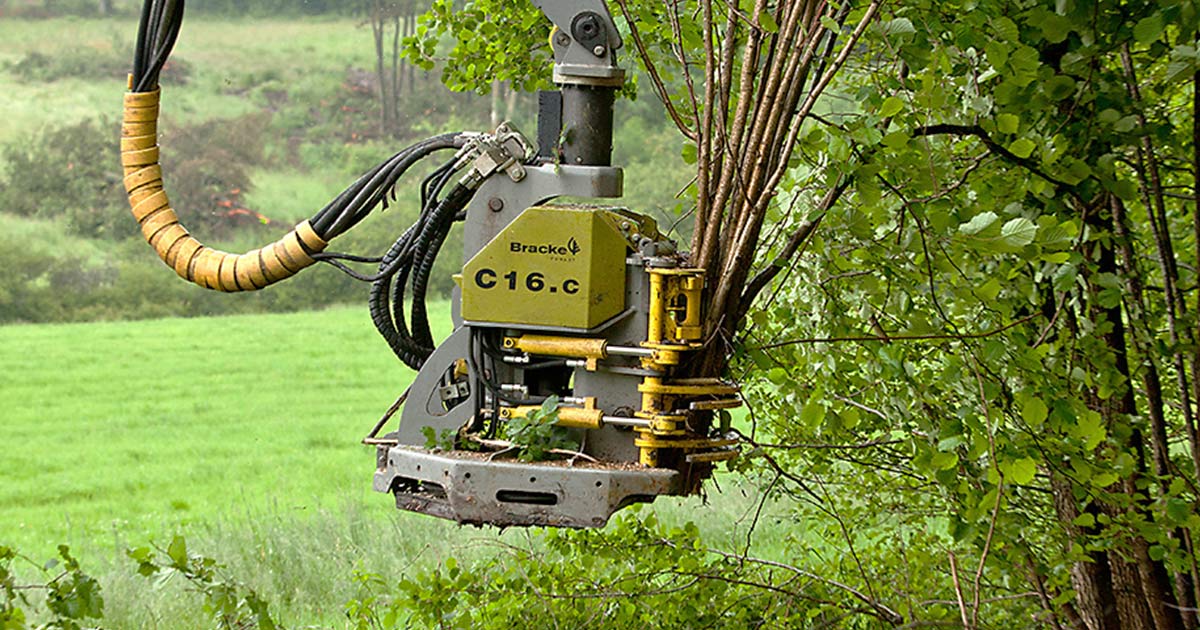 During the Elmia Wood forestry exhibition in Sweden this June, the Bracke C16 was demonstrated for the first time with the new generation of hydraulic motor powering the saw blade.

Extensive in-forest testing has proven that the new system improves cooling of the hydraulic oil and will increase machine control, especially when fitted to excavators. This, combined with a more efficient cutting capability will ensure higher productivity overall from the B-series, especially when operating on hardwood species. The first C-series heads have been successfully sold into the market, receiving a great response from the operators upgrading from the B-series.
The main difference between the C16.b and the new C16.c is the increase in power delivered to the saw blade, now delivered by a piston motor, which supersedes the gear motor previously used.
“The new version of the C16, with a more powerful motor, has been developed largely due to a high demand from German customers,” says Klas-Håkan Ljungberg, managing director at Bracke Forest, “where the felling heads are operating in dense hardwood plantations which have different requirements to those of units working in softwood species more commonly found in the likes of Sweden. However, all markets now benefit from these upgrades which have been well received by our customers.”
The piston motor has higher torque, increased service life and it also returns a higher reduction in fuel consumption compared to the older versions. An upgrade kit is now available, so the older C16- heads can also be equipped with the new piston motor.