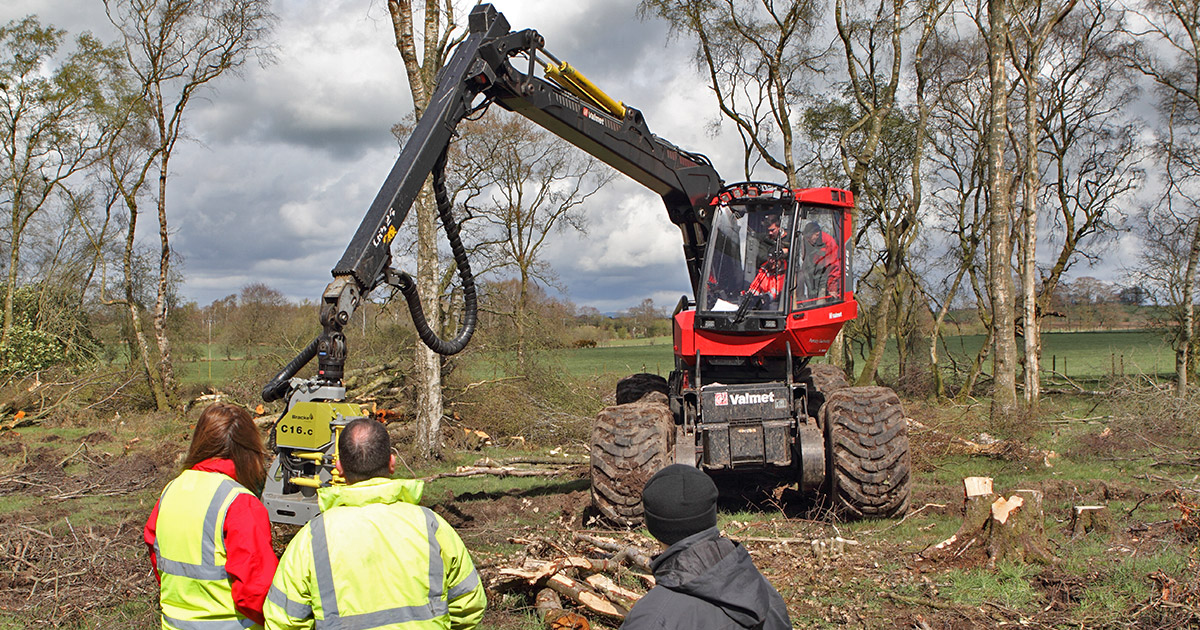 Details
May 11 2015
Published in
Products

On the 28th and 29th of April the biomass felling head Bracke C16.c was demonstrated near Longtown in northern England.

Despite pouring rain, hard winds and +3°C, visitors came from far and wide during the two days of the demo. Ireland was also represented among the guests who had come to see how biomass can be harvested in the forest.
- Our UK dealer for the felling head, Clark Engineering in Parkgate, Dumfries, has organised this demo together with Komtasu Forest in Longtown, who also supplied the base machine, says Per Jonsson, export manager at Bracke Forest.
The Bracke C16.c felling head was mounted on a Komatsu 941.1 harvester. A good choice as the forest on the demo-site was quite thick. It showed the flexibility of the C16 that easily cut stems from a few millimetres in diameter to 250 millimetres in one cut. Up to 400 mm is no problem if you make more than one cut. The audience was impressed by the rapid cutting that the C16 produces thanks to its unique cutting solution – a 3/4” saw chain mounted on a rotating disc.
An ongoing case of larch disease also creates a need for equipment that also can handle smaller trees efficiently.
"I think the UK is the most interesting market in Europe for bioenergy related machines for the moment", concludes Per Jonsson.