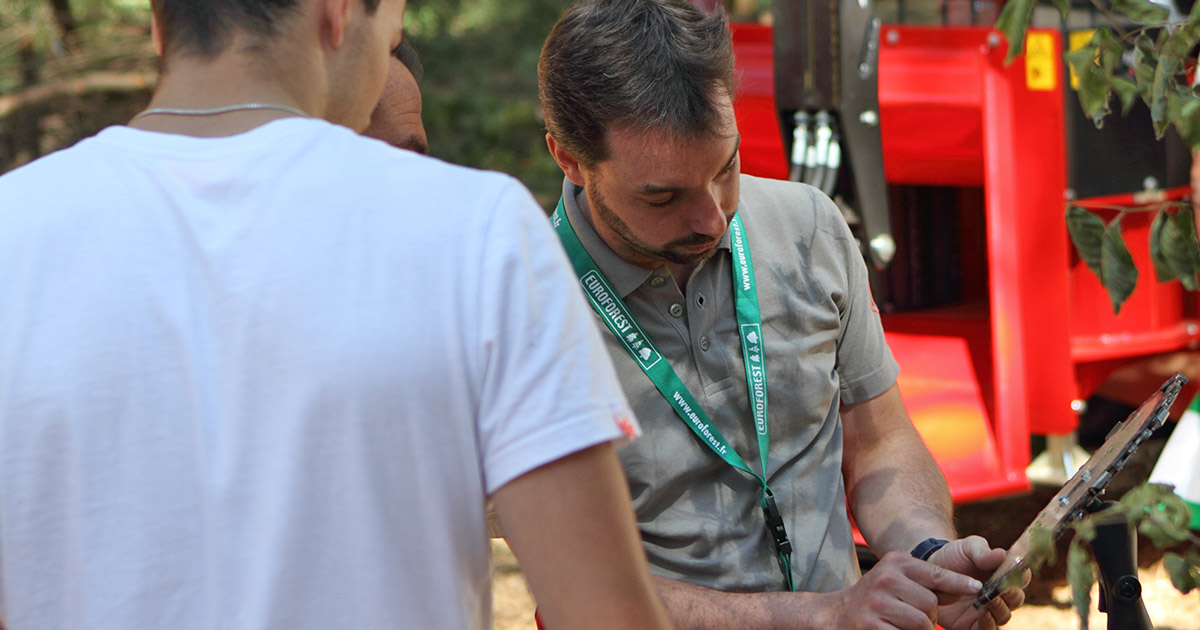 France’s own “Elmia Wood” took place on the 19th – 21st June, to the north of Lyon. It was a crowded event and a pure gold rush for anyone with an interest in bioenergy.

The last time this event took place, in 2010, organisers struggled in an unequal fight against heavy rain all through the week which caused a minor disaster. This time the weather was the best and the forestry people could enjoy some very nice days in the forest.
“This is my first time at this fair,” says Per Jonsson, export manager at Bracke Forest. “Both myself, and everybody I´ve talked to, are struck by the fact that bioenergy-related machines are so dominating at the fair. It makes our felling head, the Bracke C16.c, fit right in at the show.”
As strong as all the major machine manufacturers presenting at the fair were, as mentioned above, the chippers and other equipment for bioenergy were dominating the show. One easily got the impression that France could be the next big market for suppliers to the bioenergy business.